Ever had those days? The ones you imagine on the weekend that will be laid back, carefree, where everyone rests, recharges, and just plays nicely?

I had that dream today, before I was awoken before the sun. And before you judge me as a cold and heartless mom for literally counting each time her kids cry, let me preface this post with the fact that we’ve been sick. All of us, starting over three weeks ago. So naturally everyone is on edge, has cabin fever, is cranky and just plain wants to feel better. So on a glorious Saturday morning, when the sun was shining and the air was cool, I had a plan. We all could get our rooms in order, de-germify the house, play outside, and bake some muffins together.

But unfortunately, the dream died quickly, because the crying game was in full force. With my hubby out of town, both girls were beyond miserable. After a few grumpy episodes before breakfast, I was in shock at how quickly the tears were flowing. So I decided to document each and every single time the girls cried, just to see how many times it happened. Here’s an actual account of 30 reasons my kids cried today, in case you were wondering what hell sounds like.

*Note if you’re on the fence about whether to have kids, do NOT read below. 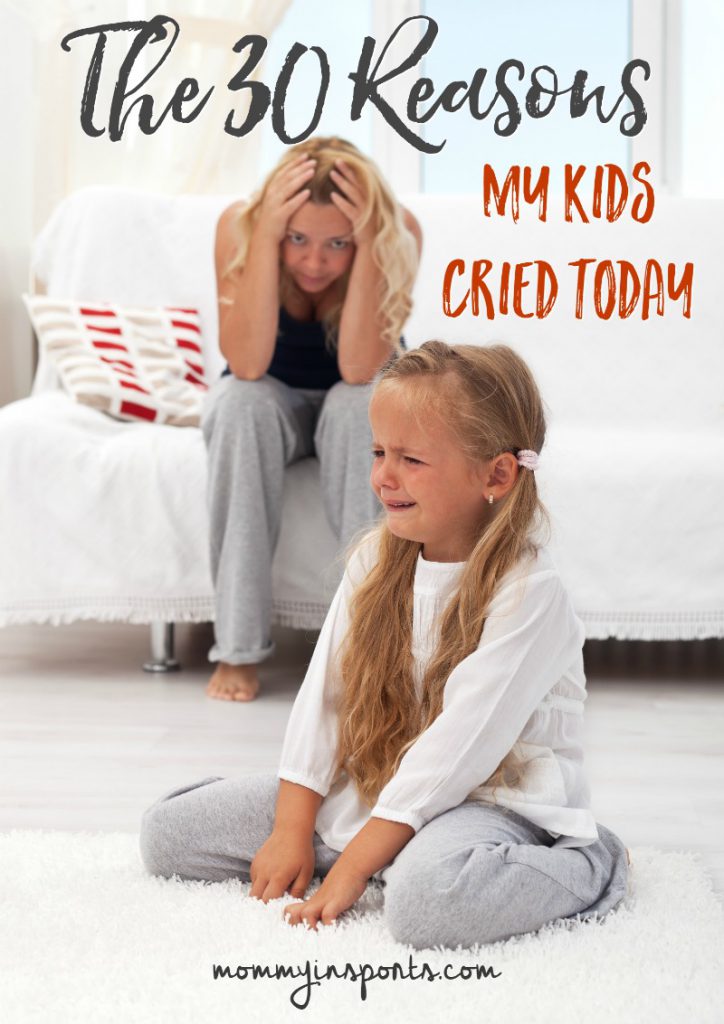 the 30  reasons my kids cried today

And that my friends is a not-so-fun Saturday solo with kids. I’m not quite sure how single moms do it, every day of their life, but I have learned that weekends are hard by yourself. I know that not feeling well added to the particularly teary day, but just curious, have you ever had a day like this?

what’s the weirdest thing that has made your kids cry?