Disclaimer: We partnered with the CDC to write this article, however all opinions are 100% ours.

Do your kids play sports and you worry sometimes about contact or injuries? Could you be putting your child’s brain at risk for concussion?

Every week, thousands of kids head to soccer, basketball, football, gymnastics, dance, and other activities, which is a good thing because kids need the exercise. Children also learn how to function as part of a team, as well as valuable lessons about winning, losing, and persevering.

But, there is a downside. When you have kids running, jumping, tackling, and learning a new sport, they are bound to get hurt. Each year, half a million kids end up in the emergency room due to traumatic brain injuries (aka “concussions” and other brain injuries).

Brains are soft, skulls are hard. Although hits to the head may not seem like much, the trauma caused by the brain hitting the inside of a child’s skull can have long term consequences. 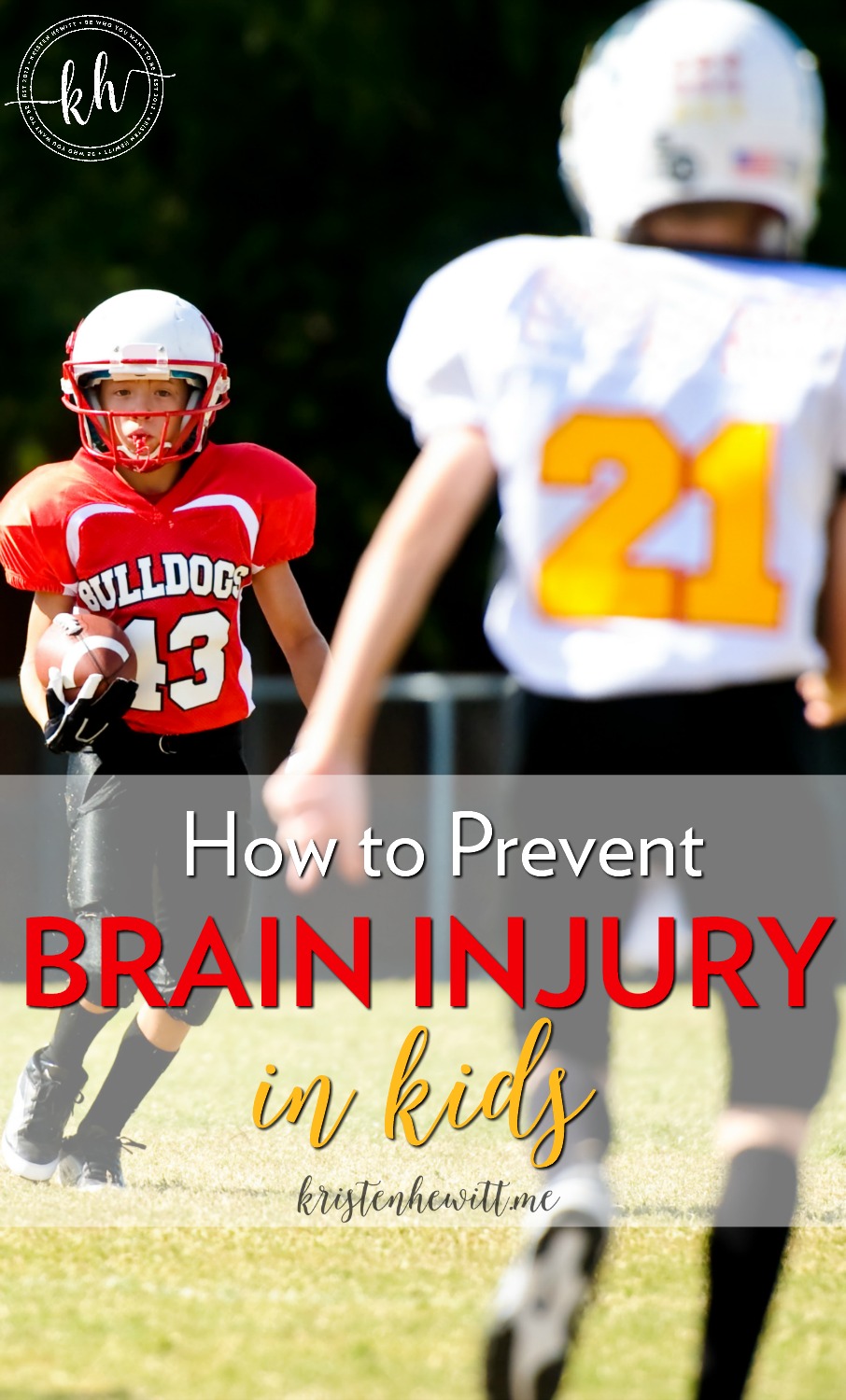 In fact, recreational sports are a common cause of concussions. Collisions and tackling are among the normal culprits, and if you’ve ever watched a youth sports game, you know that collisions are par for the course.  Research shows that young athletes are more vulnerable to lasting damage because their brains have not fully developed.

Many sports clubs and athletic associations like the YMCA have banned “heading” the ball in soccer in their younger divisions because of the emerging research.

Keep your kids safe from head injuries while playing sports with these tips. @CDCinjury#Youthsports #ad

Teaching kids about brain safety can be difficult. In fact, concussion prevention awareness is such a huge concern that the Centers for Disease Control and Prevention (CDC) has developed helpful learning tools for both parents and kids.

Among the resources for parents on their website, CDC has fact sheets, an app that helps people learn about helmet safety, and even a list of concussion signs and symptoms. For kids, there is HEADS UP Rocket Blades, a free game app that uses a fun approach to teach the importance of concussion safety.

Young athletes have admitted to playing despite knowing they were experiencing concussion symptoms, and many times their coaches and parents are completely unaware of it. Playing while suffering from a concussion can have dangerous consequences, but kids are too often told to “shake it off.” This narrative must shift to start teaching kids that a sports victory is not worth a lifetime of impairment.

What we learned from the Heads Up Rocket Blades game. 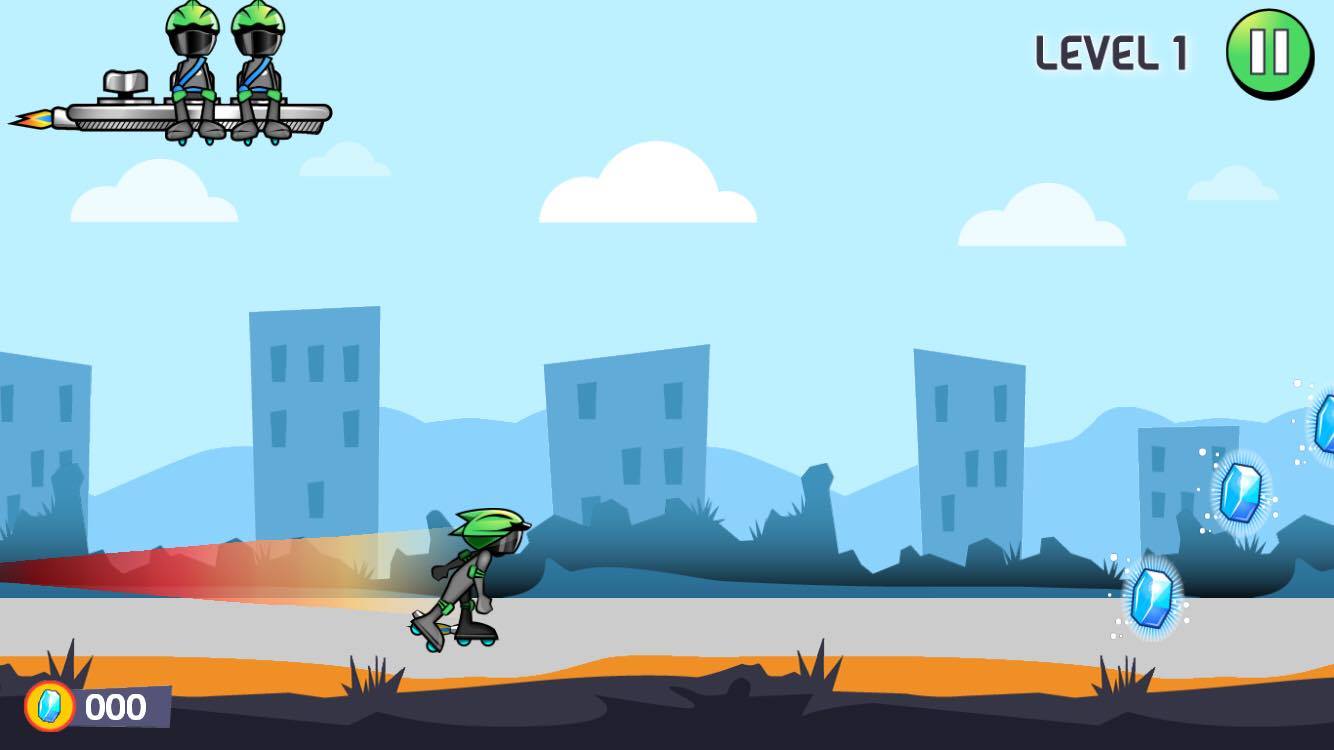 We downloaded the HEADS UP Rocket Blades game for the kids and our oldest loves it! I asked her what she learned from it and she said, “I learned if you hit your head or get a concussion, tell someone.” 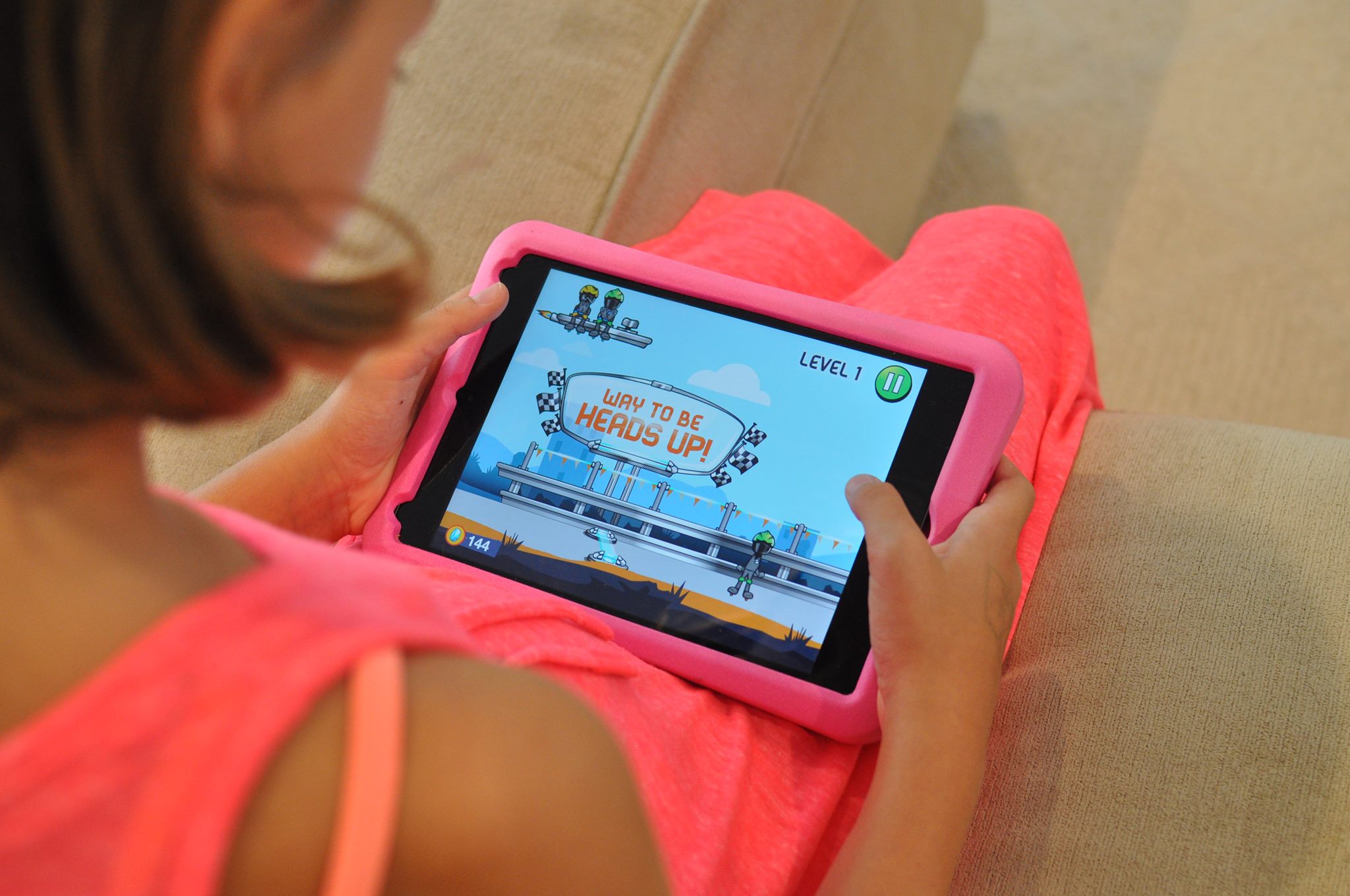 So I asked her to tell me what a concussion is. Though she’s only eight, her response was spot on! “A concussion is where you hit your head very hard and everything is dizzy.” Of course, each kid experiences a concussion differently – but it was a great tool to get a conversation started. 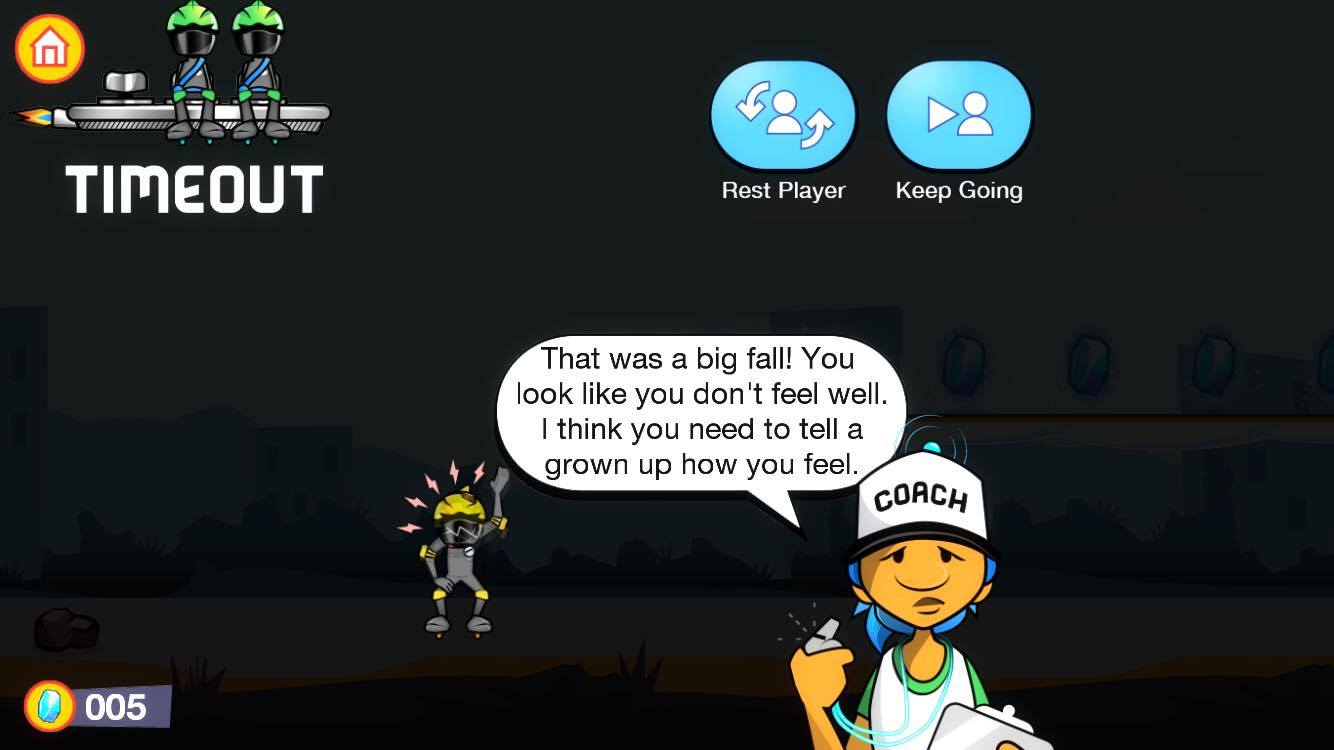 Once your kids know the basics about concussions, devise an action plan with them. Informed kids are less likely to panic. If a concussion happens, there won’t be any surprises for your child – they’ll already know why you are pulling them from the game.

A growing number of organizations already have concussion action plans in place. By having a plan established ahead of time, parents and coaches can save valuable time in seeking help. If a concussion is suspected, many sports clubs require written release from a doctor before the child can return.

As many as 25 percent of concussions reported among high school-aged athletes resulted from poor sportsmanship, overly aggressive, or illegal play. We all know that sports are highly competitive. Parents and coaches love winning as much as their kids do. But, winning solely for the sake of a win isn’t worth the risk of injury.

With seasonal sports starting in a month or so, take time to have a conversation with your kids about the importance of brain safety.

Did you like this post? Then read these tips on how to keep your kids injury-free from an NBA trainer 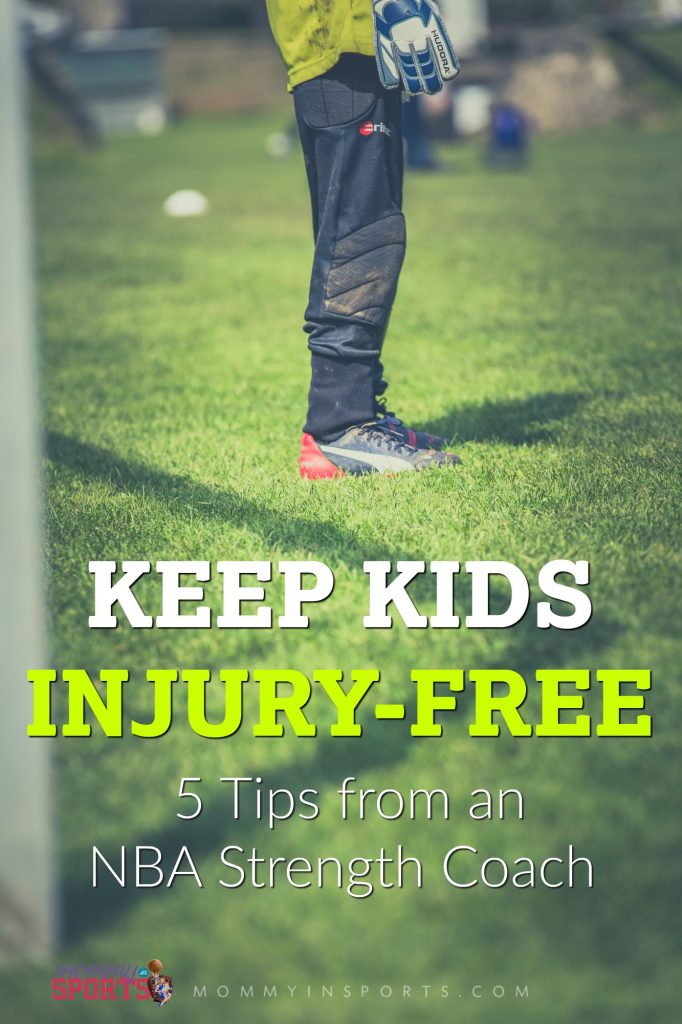 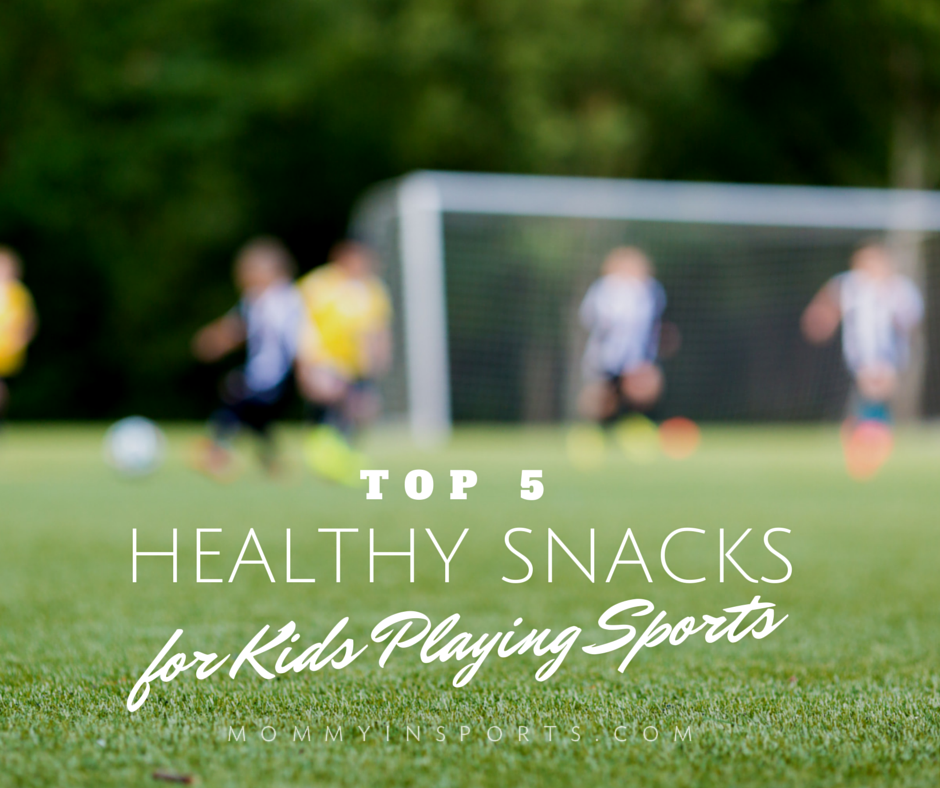