“I’ll be honest, I like everything about my body.” – USA Track & Field hammer thrower Amanda Bingson

ESPN announced it’s Body Issue covers this week, and have six different athletes posing this year: Natalie Coughlin, Bryce Harper, Chantae McMillan, Kevin Love, Odell Beckham, Jr., and Amanda Bingson. If you haven’t heard of Bingson she’s 5’5, 210 pounds, and at 25 years old is more confident than most of us will ever be. And with her brave cover and raw interview she’s sure to inspire many. 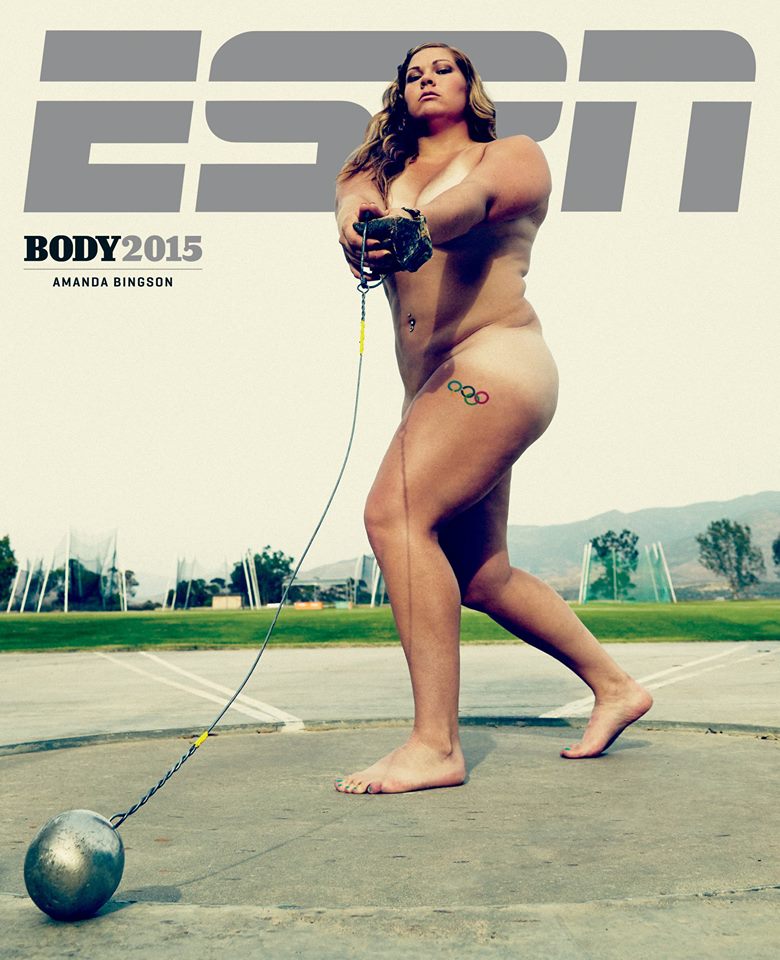 She admits to ESPN in her exclusive interview:

Dense would be the right word for me. Generally when you look at athletes, you see their muscles and all that stuff; I don’t have any of that. My arm is just my arm — it’s not cut, it’s not sculpted. I don’t have traps bulging out to my ears; I have a neck. I don’t have a six-pack. My legs are a little toned, but they aren’t bulging out. I’m just dense. I think it’s important to show that athletes come in all shapes and sizes.”

Amanda might not be your typical athlete but she proves an important point, everyone is unique physically, and comparing ourselves to others is fruitless. She looks different than the norm, but she is an incredible athlete that will be competing in the 2016 Rio de Janeiro Olympics. Getting there though hasn’t been easy. She struggled with her weight most of her life and was kicked off her volleyball team because she couldn’t fit into the uniforms.

I never knew that I was the fat kid in school until a boy told me that I was too fat. I thought, “What does that mean?” I had always been so athletic and into sports; I didn’t think I was that fat. But everybody wants to fit that skinny ideal picture that we see on billboards all the time, and people would always remind me that that wasn’t me. So you just grow a thick skin. You might be prettier and skinnier than me, but I’ll kick your ass in a game of one-on-one. 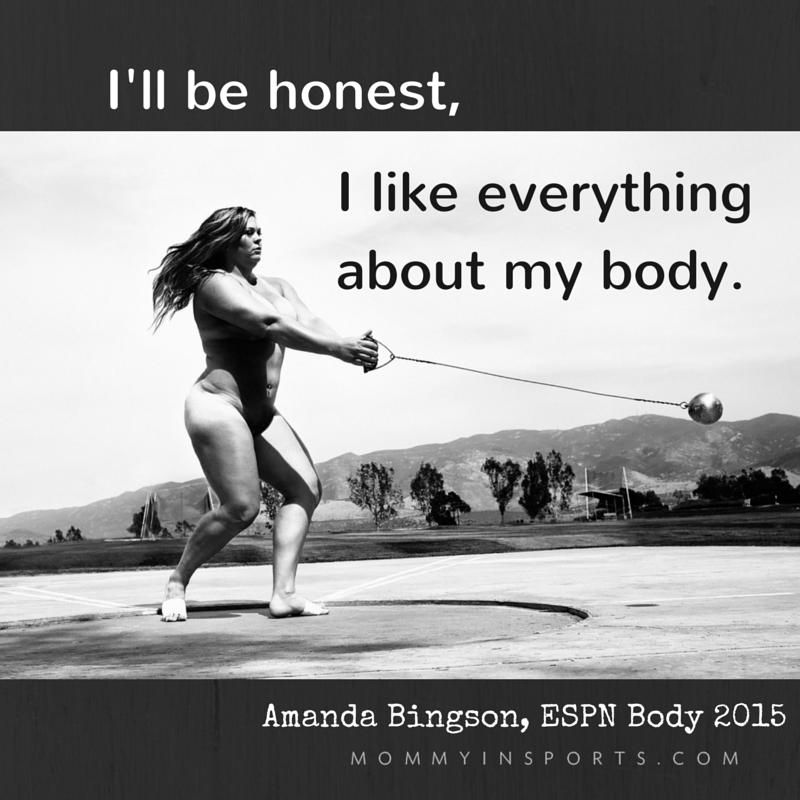 Amanda Bingson is the polar opposite of a lot of women and girls in America. She doesn’t try to conform and try to be what everyone thinks she should be. Instead, she embraces her strengths and is succeeding because she loves and accepts who she is; a strong, tough, determined competitor. She is not just an excellent role model for women everywhere who struggle with body image, but for young girls as well. They need to see this magazine on their coffee table and be reminded that not everyone is a size two, and that’s OK. They need to be exposed to real, un-photoshopped pictures of women and see all of their beautiful flaws.

ESPN nailed this cover and should be commended for breaking the mold with these exquisite photos. But even more inspiring is Bingson’s honest interview where no topic is off limits. One of my favorite quotes is,

“Whatever your body type, just use it.” Wise words from my new hero.

And if she does win gold, watch out Rio, because this is how Amanda plans to celebrate:

If I medal in the upcoming Olympics, I’m just going to chug a beer. I’m going to get up on the podium and just go “Stone Cold” Steve Austin on it. I’m working on some things. Everyone will be looking at me like “trashy American.” But at least we’re still No. 1″

I may have to grab a six-pack and join her. Cheers to banishing body shame, now if only we all could be just like her.

Want to read more about Olympic athletes? Read my interview with Brandi Chastain on sports and motherhood! Also check out my new web show Playtime where I interview athletes like Dara Torres about parenting! You can also keep up with mommy in SPORTS on Facebook.